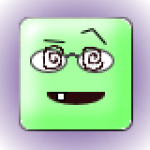 The Ningo-Prampram MP has been hailed for his eloquence, articulation and wide understanding of issues. The way and manner he went about answering the delicate questions on LGBTQ on CNN a day ago have been applauded by many.

However, it appears that has cost the job of Larry Modowo as he has reportedly quit CNN following the interview. Meanwhile, Larry right after the interview with Sam George had described the entire session as the “most contentious interview” he has ever hosted.

This is one of the most contentious interviews I've ever done on live TV. I asked a Ghanaian MP pushing an anti-LGBT bill why he wants to legalize hate & homophobia.

Moments before the interview, Larry Modowo announced that he had left CNN studios based in Atlanta, the USA for Dubai. It is unclear if he has been transferred or has completely quit his job.

Larry Modowo is a Kenyan-born journalist who is considered one of the finest African anchors in the world. He is a Kenyan journalist and a CNN International Correspondent. He was previously a North America Correspondent for the BBC and also anchored breaking news and presented BBC World News America from Washington, DC. [Wikipedia]

However, his recent interview with Sam Goerge which happened to be his last time at CNN has taught him much about his job and probably influenced his overall decision to leave.